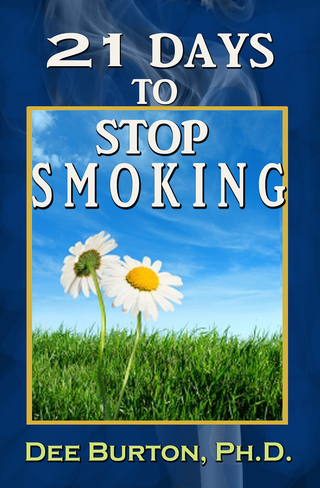 The Three Hooks of Smoking
Almost every smoker is hooked to cigarettes in three ways: habit, chemical addiction and psychosocial dependency. An occasional smoker may only experience smoking as a habit or an addiction. But because of the length of time and the frequency with which most smokers use cigarettes, all three hooks generally apply.

If smoking were only a habit, the number of men and women who smoke would by now have plummeted. Seventy percent of smokers in the United States say they want to stop smoking. If simply breaking a habit were the only task facing them, most of them would already have achieved their goal. For most smokers, the habit aspect of smoking is the easiest hook to conquer. For many of them, the habit is automatically broken once they make it through a few days without cigarettes. For others, though, a fair amount of attention may be required to break the habit; this is particularly true for groups where smoking is the norm. Steps to break the habit of smoking, even if most of your co-workers or family members still smoke, will be spelled out later on, once you’ve started your twenty-one day program.

While most smokers are addicted to nicotine, not all of them find conquering the chemical addiction difficult. And difficulty in breaking the addiction is not necessarily related to the intensity of the addiction. The withdrawal process is most difficult for men and women who don’t expect it, who are taken by surprise by physical and emotional symptoms of nicotine withdrawal. Early in your twenty-one day program we will describe in complete detail exactly what withdrawal symptoms can be like. None of these withdrawal experiences are unbearable and all of them have been overcome by many, many smokers who have quit successfully, but they can seem overwhelming if unexpected or not understood. In addition, one possibly surprising detail is that not everyone experiences withdrawal symptoms—We’ll elaborate on this good news as well.

The most complex and, for many smokers, the most difficult hook to conquer is psychosocial dependency. Note that we are not referring here to a personality characteristic. The most independent of individuals can be psychologically dependent on cigarettes. The dependency is a function of the smoking, more than of the smoker. This hook does, however, interact even more with the personality and culture of the smoker than do either the habit or chemical addiction properties of smoking.

Planning ahead, with strategies for each potential obstacle, is the key to success, even with the psychosocial dependency hook of smoking. One by one, in the pages that follow, we’ll describe each of the ways in which cigarettes foster dependency. And for each example, we will provide a strategy to erase that dependency quickly, sometimes even painlessly!